The Plasma X-ray Source (PXS), driven by the L1 laser beam is a secondary source producing hard X-ray radiation. The femtosecond laser pulses at a repetition rate of 1kHz, are focused on a renewing liquid-metal target where they ignite a dense plasma. The plasma ionizes the target and accelerates electrons up to hundreds of keV. When these electrons fall back to the atomic ground state they create continuum and X-rays lines depending on the target material. Through an X-ray transparent window, photons will be emitted.
The main strength of the PXS is the emittance of the X-radiation in an ultrashort pulse with a typical temporal length of femtoseconds (~10-20 fs).
Due to the short pulses, the PXS is suitable to resolve the kinetics of chemical reactions on atomic scale via different techniques such as X-ray diffraction and X-ray absorption spectroscopy techniques. Artificial photosynthetic systems or photoactive biological molecules can also be tested in the PXS.

Angle Of Incidence Of Light On Sample
4.8 mrad
Diagnostics
Will be mentioned
Monochromator
Yes
Other Optics
poly capillary optics
Endstations or Setup 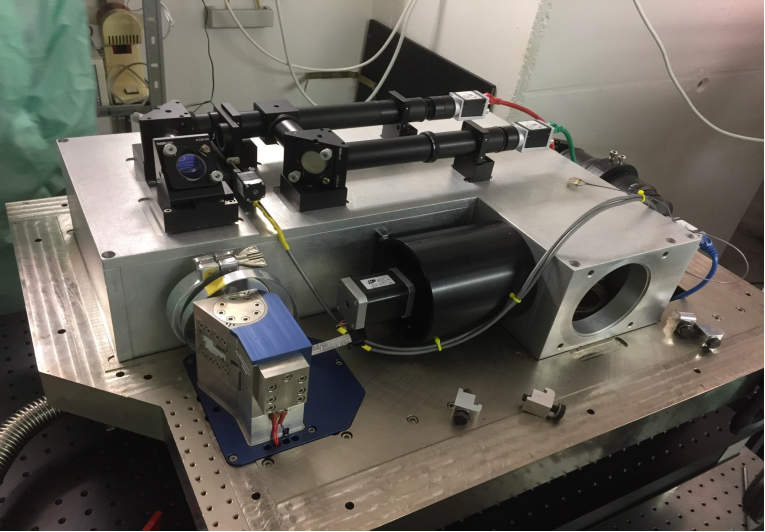