The Swiss Light Source (SLS) at the Paul Scherrer Institut is a third-generation synchrotron light source. In the design of SLS a high priority was given to the items quality (high brightness), flexibility (wide wavelength spectrum) and stability (very stable temperature conditions) for the primary electron beam and the secondary photon beams.

With an energy of 2.4 GeV, it provides photon beams of high brightness for research in materials science, biology and chemistry.

The experimental program started in June 2001. As of June 2009 SLS has eighteen experimental stations (undulators and bending magnets) and seventeen operational beamlines. There are three protein crystallography beam-lines, two of which are partially funded by associations of Swiss pharmaceutical companies including Novartis, Roche, Actelion, Boehringer Ingelheim and Proteros.

Some special features of SLS are: 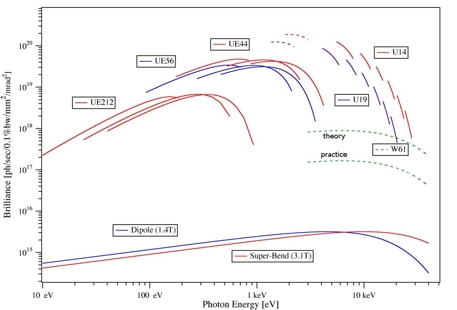 The SLS and the SwissFEL provide unique characterisation techniques to efficiently and promptly support these needs. We are opening a "PRIORITY COVID-19 Call” for short proposals and quick peer review to enable rapid access to beamtime. Research proposals shall have the potential to effectively contribute to the understanding of the virus and/or to improve the clinical or public health response and patient care. This "PRIORITY COVID-19 Call” is explicitly for projects requiring a rapid access to beamtime within the next months. For other projects we are referring to our regular calls.